There are basically three ways of getting power at IAS: 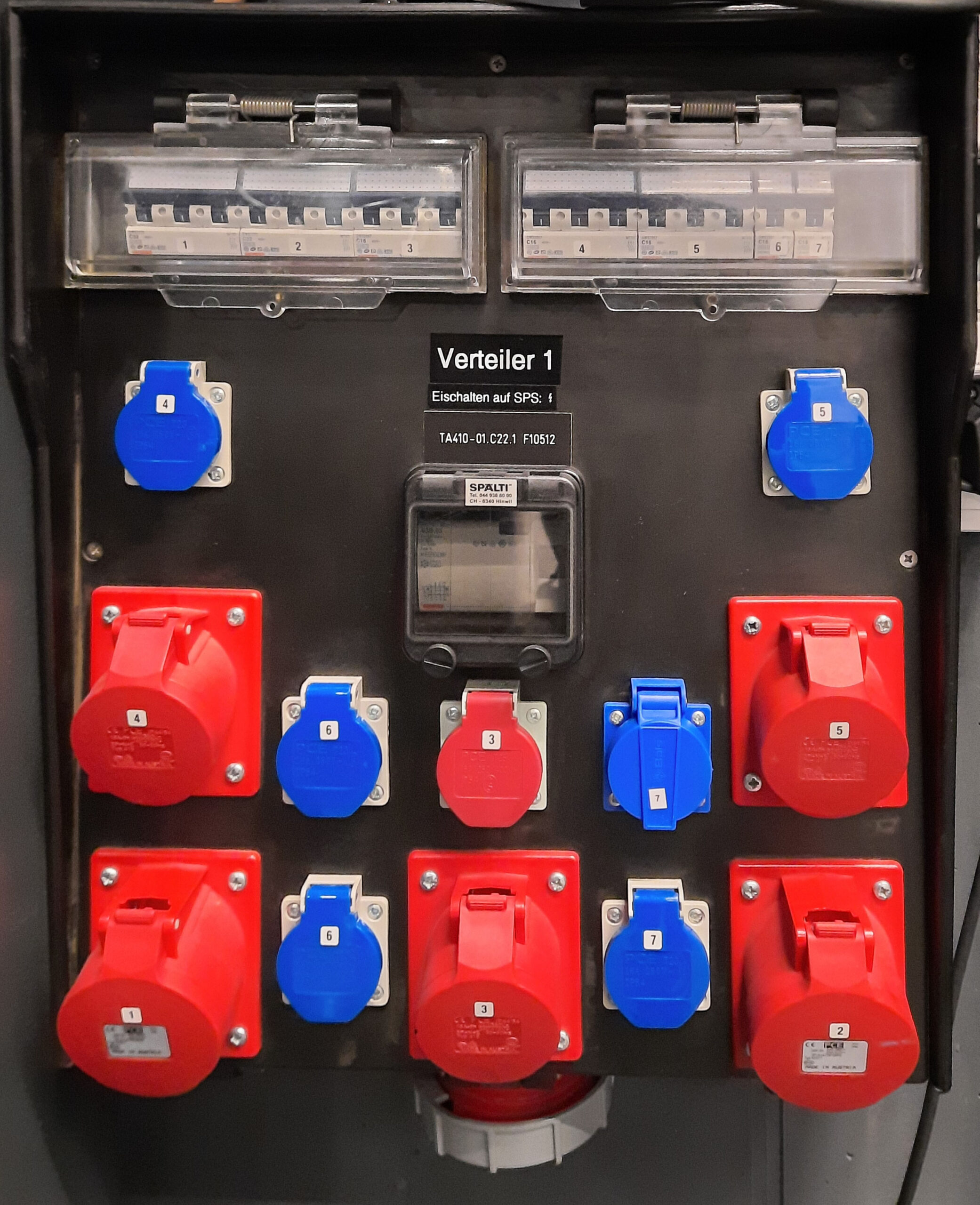 For high-power machines (up to CEE32) and temporary use. They are placed next to the gate (Verteiler 1) and to the WAK 5 (Verteiler 2). Verteiler 2 is currently used for the chain motors of the large screen (Operafolie) on group 2 and for the UDX 4k32 projector (Moby) on groups 1 & 6. 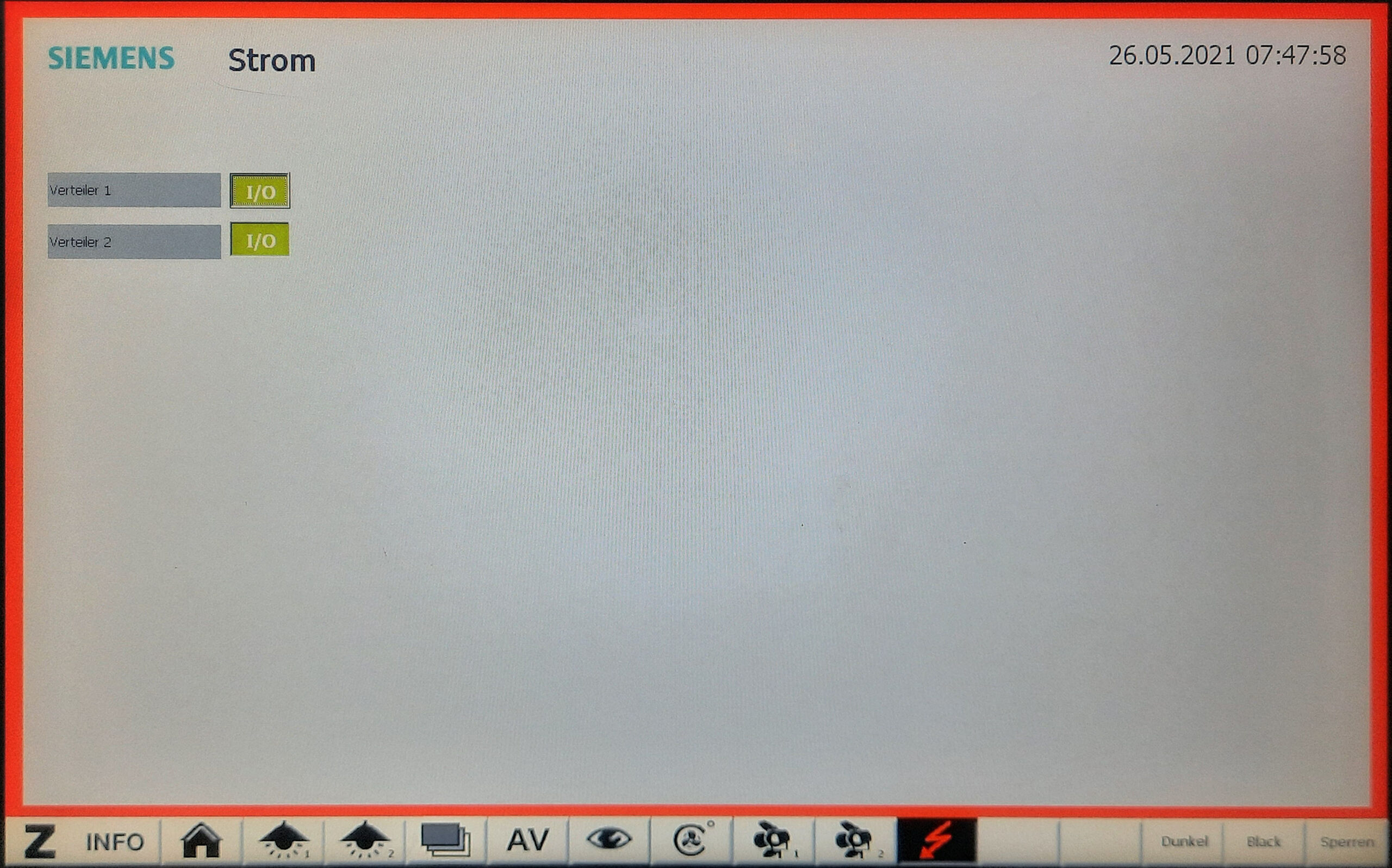 To enable the panels, you need to log into the Siemens control, go to the ‘power’ tab and select the desired Verteiler. 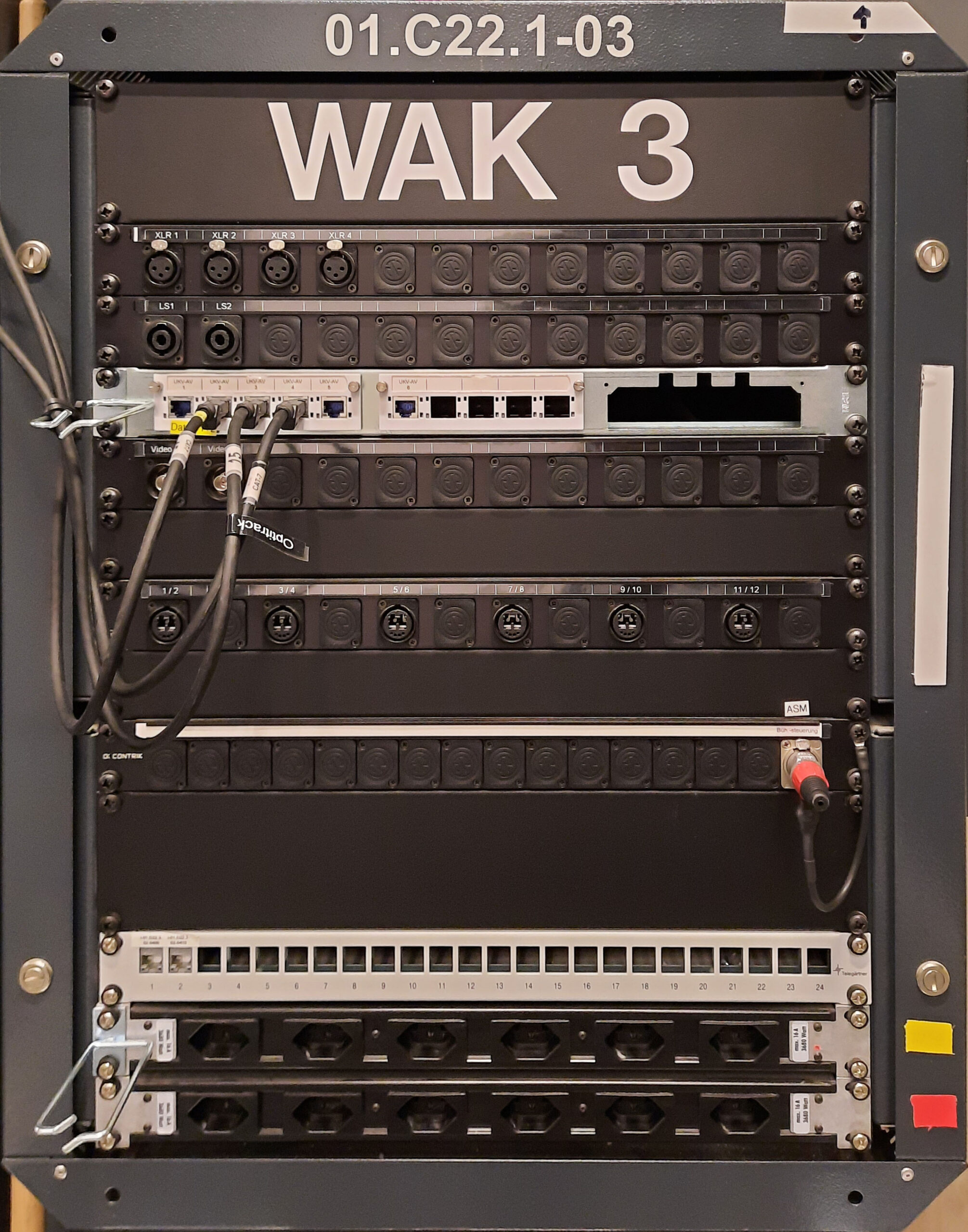 These multifunction boxes can connect audio (XLR & Speakon), RJ45, BNC, and fiber optics (LC). Connections can then be routed on a patch bay in the backstage (Lager).

The WAKs are numbered from 1 to 18 in a helicoidal way, starting from the backstage door.

The lower part of the WAK has two power sockets rows: the upper one (yellow tape on the right side) is switched, the lower one (red) is solid (always on). 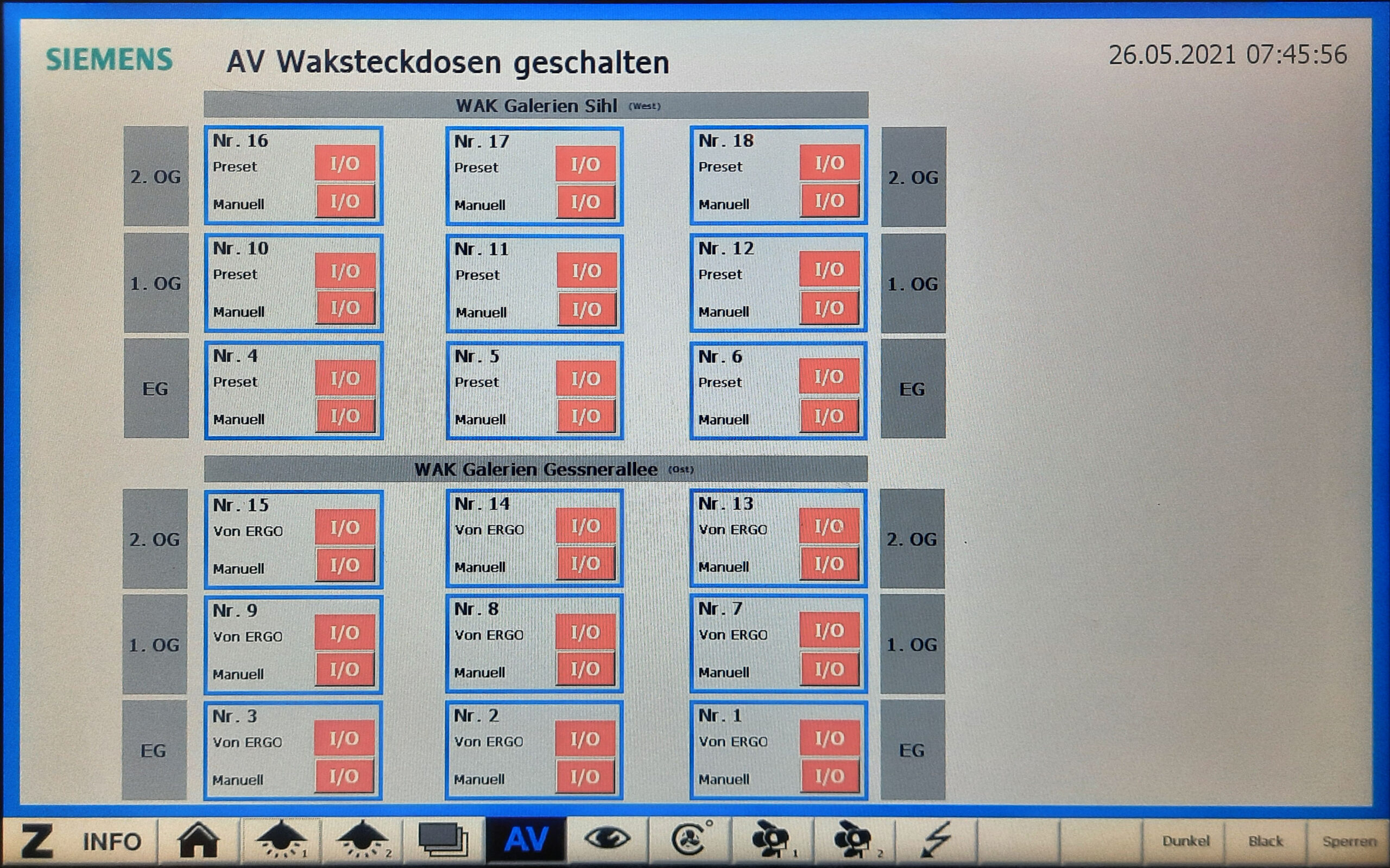 To switch the upper power lines on or off, you need to log into the Siemens control, go to the ‘AV’ tab and select the desired WAK number (note that only the ‘Manuell’ buttons can be used).

The SPS boxes (NOT with same numbering & positioning than the WAKs) are placed either above your head by the cable channels (ground & second floor), or in the IAS columns (first floor).

Unlike the WAKs, the SPS boxes are numbered from 1 to 18 in a zigzag way, starting from the gate door 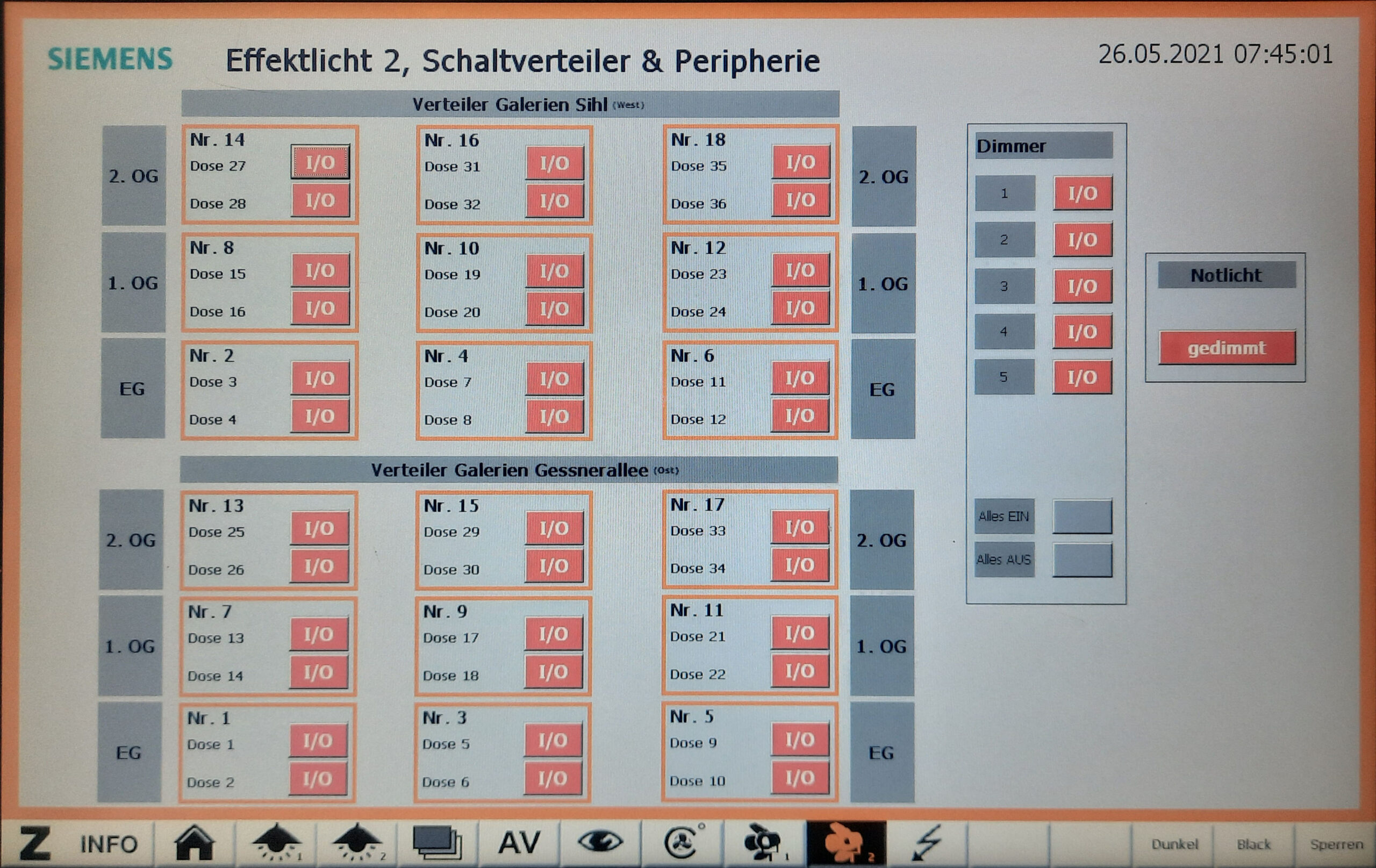 To switch tht SPS channels, you need to log into the Siemens control, go to ‘Effektlicht 2’ tab and select the corresponding channel numbers.